Identifying Ravens in the Geelong region

Identifying these three species can be difficult as they are visually similar. 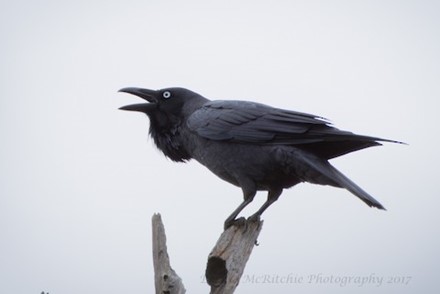 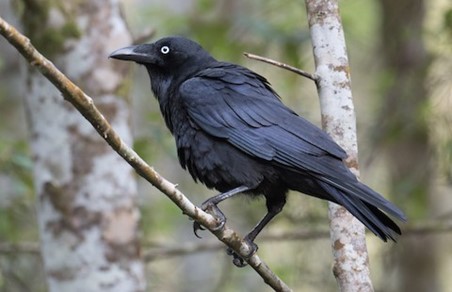 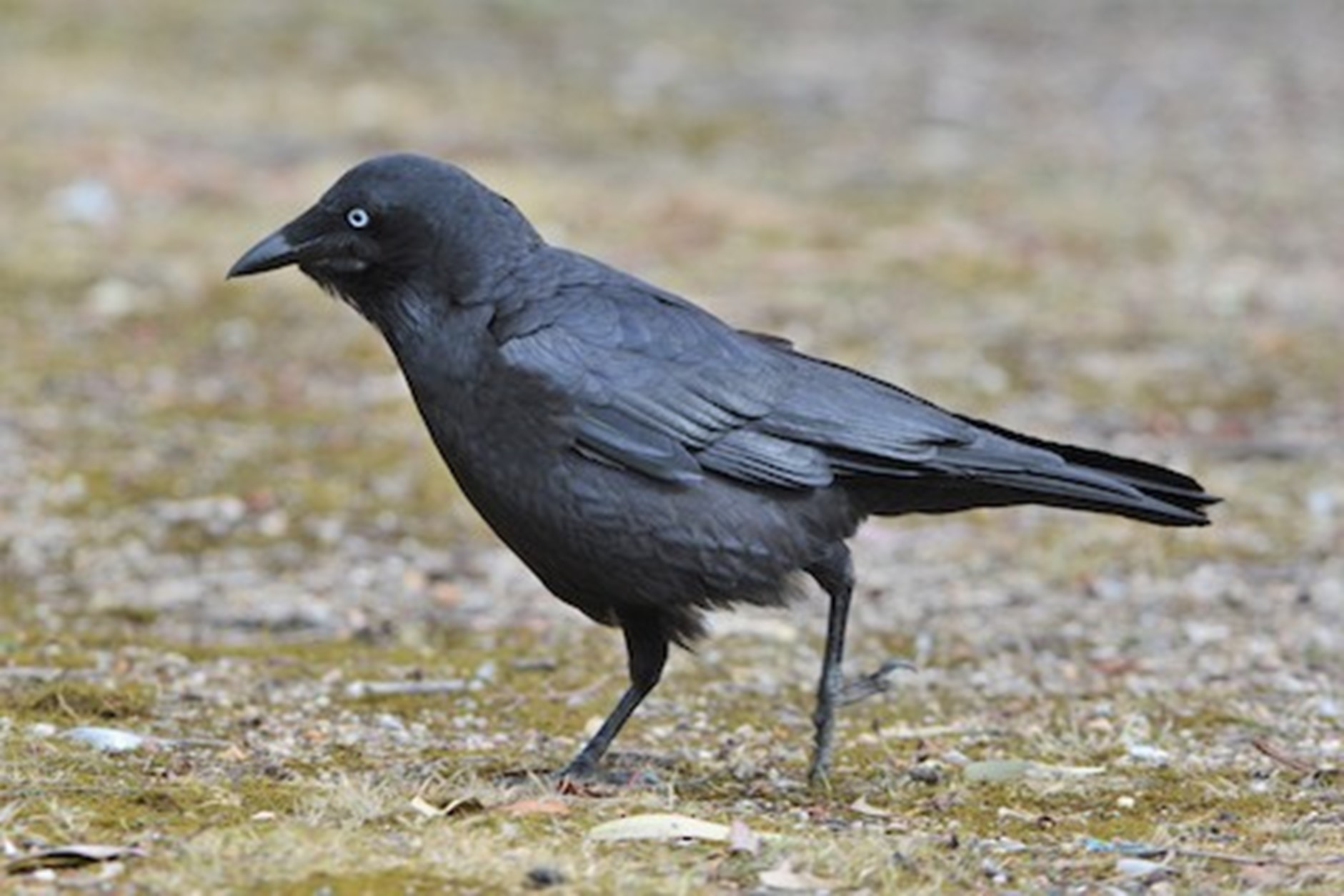 The easiest and most reliable way to separate the three ravens is by call. When listening to a raven call consider the quality of the call, tone, pitch, tempo and length of notes. All ravens give a variety of calls, so it is best to listen carefully to a series of calls before making an identification.

The typical call of the Forest Raven is a short series of slow, deep, gravelly notes almost in the bass range. The last note may be longer, but it is not a drawn-out wailing like the Australian Raven. It can be described as “korr-korr-korr-korr” or “korr-korr-korr-korrrrr”.

The typical call of the Little Raven is a series of short, quick, guttural, rough or raspy notes in the baritone range. The call may end with a drawn-out descending, somewhat wailing note which is shorter and lower in pitch than that of the Australian Raven. It can be described as ‘ark-ark-ark” or “aark-aark-aaaaaark”. The Little Raven often calls with a diagnostic and conspicuous flick of the wings above the back on each note of the call.

Differences in body size are insufficient to distinguish these species in the field as size measurements overlap. Despite its name, the Little Raven is not noticeably smaller than either the Australian Raven or Forest Raven.

The long throat hackles of the Australian Raven form a floppy beard reaching the upper breast. The hackles of the Forest Raven and Little Raven, whilst still prominent, are shorter and extend no further than the throat (see Photo set 2).

The Australian Raven has a diagnostic patch of bare skin (black in the adult and pink in the juvenile) on the base of the lower mandible extending to the sides of the chin . This bare skin can be difficult to see in the field or even in a good photograph.

With care you can confidently and reliably identify the three ravens of the Geelong region. Listen to the calls, pay attention to the size and shape of the throat hackles, look for any bare skin at the side of the chin and, if perched, watch for wing-flicking when calling. Add notes to your eBird observations of what you hear and see, take a photo and use your phone to make a sound recording.