The GFNC is a club for anyone interested in wildlife, plants, or conservation in the Geelong region.
The club holds monthly meetings (via a mix of Zoom and face to face) and excursions.
Most meetings have presentations from specialists in aspects of natural history and conservation.

Info on how to join is here 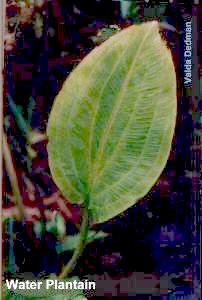 A plant has just finished flowering in the drain to the east of the Jerringot wetlands. In early February I had noticed groups of large leaves, like a set of elongated green hearts on solid round stems, above which towered a tall stem surrounded with a living filigree of tiny flowers and buds in a series of whorls.

The drain had almost dried up over the hot summer, but had been recently refreshed by storm water from thunder showers. Conditions this season had been good for germination, and there were a dozen or so plants of Water Plantain Alisma plantago-aquatica flourishing in the mud.

The Water Plantain is a cosmopolitan plant, and is widespread in temperate Europe, western Asia and northern and central Africa. It has been introduced to New Zealand. The closely-related A. lanceolata has become naturalised in a few places in Victoria and South Australia. The indigenous A. plantago-aquatica is found only in eastern New South Wales and Victoria. It is not common west of Melbourne, although it is known from Lake Wendouree and (unexpectedly) from the Wimmera River.

It is a fascinating plant; each part has a beauty of its own. The fan shaped leaves, up to 30 cm long, have seven longitudinal ribs, linked by a series of fine parallel cross veins, giving strength and stability. Heart-shaped at the base, they seem to be clasping the round sturdy stems. By the third week of February, after many days of heat, the leaves of the Jerringot plants were badly browned off at the tip.

Each flower spike may rise well over a metre tall and contain a couple of hundred flowers on slender stems in a series of whorls and mini-whorls along its branches. Buds open in succession and at any one time only a small number of flowers will be fully expanded. Each tiny pink flower lasts but a day. Mature buds start opening about 9.30 am and flowering may be finished by 4 pm. (In England they are said to open from 1 to 7 pm). The delicate petals unfurl into a cup shape; by mid afternoon they are hanging down like a skirt, then they start to shrivel and long before the sun has gone down they have tucked themselves away between the sepals.

The plants are monocotyledons and have bisexual flowers, with three petals and three sepals. Six stamens, topped with pollen-laden anthers, surround a ring of about twenty tightly packed carpels which are ridged on the outside. The styles, arising from the inner edge of the carpels, form a dense mass at the centre of the flower. The flowering season here is from November to March.

After pollination each seed develops inside its own carpel envelope. The seed is about 1 mm long and contains one embryo which is looped back on itself. The mature seeds are buoyant and may float for several months before germinating in mud or damp soil, rather than water.

Below the ground, the plants have a short tuberous rhizome, and like the rhizomes of the more common Water Ribbons Triglochin procerum, may have been eaten by the aboriginal people who over wintered on the Belmont Common. Mature plants can form a large clump from which several flower heads may be produced in one season. Both leaves and flowers are eaten by stock.

Water Plantain, although not previously listed for Jerringot Wildlife Reserve, was recorded by Trevor Pescott in 1994 along the Wal Whiteside Walk upstream of the Breakwater, and it may occur in wetlands on the Barwon Valley Golf Course and to the south of Breakwater Road. It grows in fresh water up to 45 cm deep and persists in drying mud after water levels fall.

Ephemeral wetlands, and muddy river edges, which dry out in summer, may be essential for the plants' long-term survival. It is important therefore to understand the hydrology of the Jerringot wetlands, the Belmont Common and the Barwon River.

I would be interested to learn of any other local occurrences of this interesting plant.